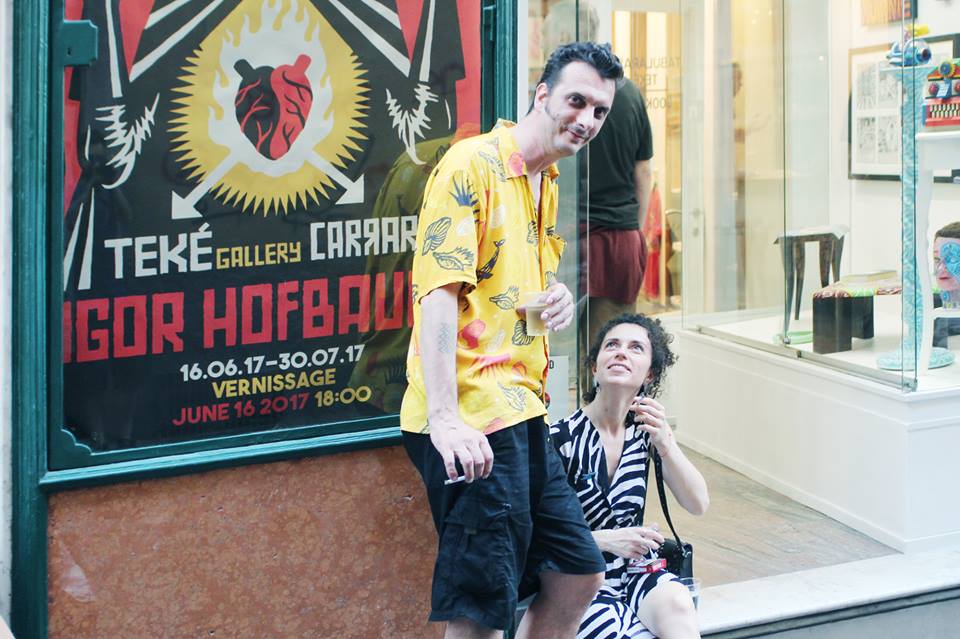 Igor Hofbauer was born in Zagreb in 1974. He lived his whole life in New Zagreb, to be precise. New Zagreb is a concrete skyscrapers suburb, I guess you can imagine the kind of place, since every big city has it. He studied at the Academy of Fine Arts in Zagreb for three years and, afterwards, he committed himself to designing and illustrating. While he was studying at the Academy, he also studied and played drums. After some time, his love of performing and drawing posters overcame his desire to build a career as a painter and, therefore, he quitted the Academy. From that moment onwards, he made his living on illustration, doing non profitable business but doing exactly what he wanted: drawing comics, posters and books.