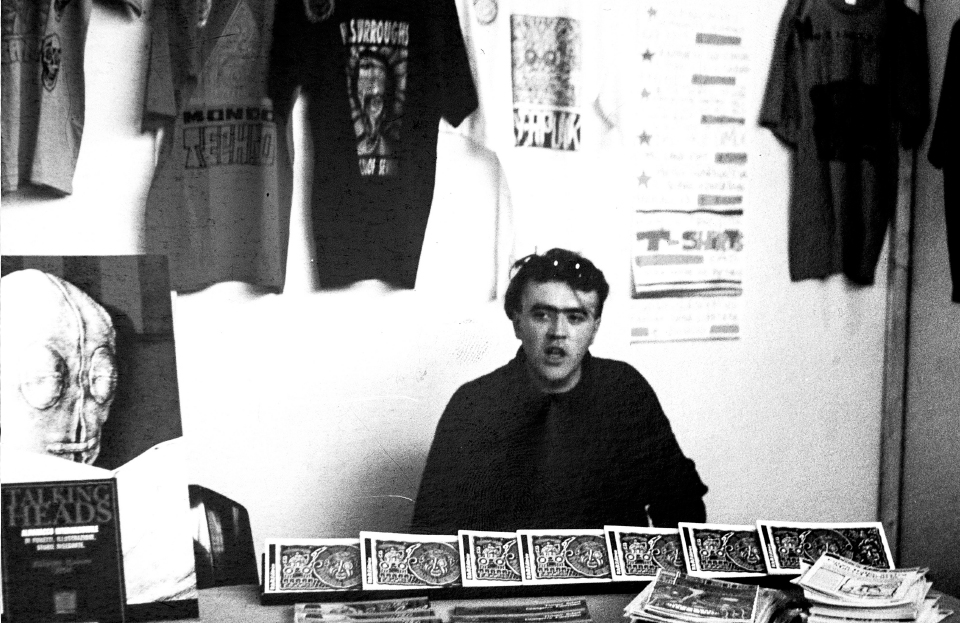 Extract from the critical text by Vittore Baroni.
The cybernaut Gianluca “Professor Bad Trip” Lerici has been, for years, a spokesperson of virtual countercultures and a guru of the most robotic techno-thrash imagination; he did not, however, own or use a computer. After all, it is renowned that even Bruce Sterling, pioneer and theorist of the cyberpunk sci-fi, wrote his first novels on a common typewriter.
The Professor asked me to interview him via mail for the appendix of his Almanacco apocalittico, published by Piccola Biblioteca Mondadori on March 2002. Therefore, I sent him a long series of questions, that he chose and completed with a few more that he had written himself (attributed to a certain Mister K) and a couple more questions by his friend Marco Philopat. Not long after that, the artist sent me a folder containing all of the answers: there were 55 neatly hand-written sheets of paper, where each topic was accompanied by detailed notes and related bibliography.