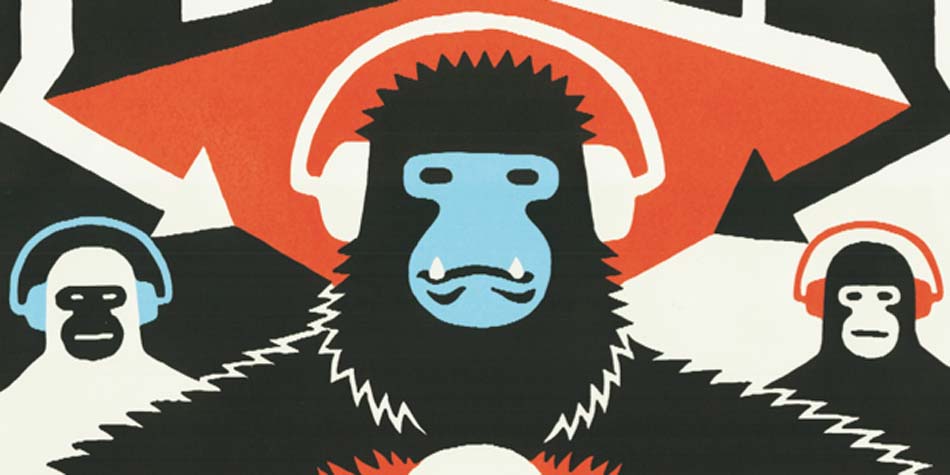 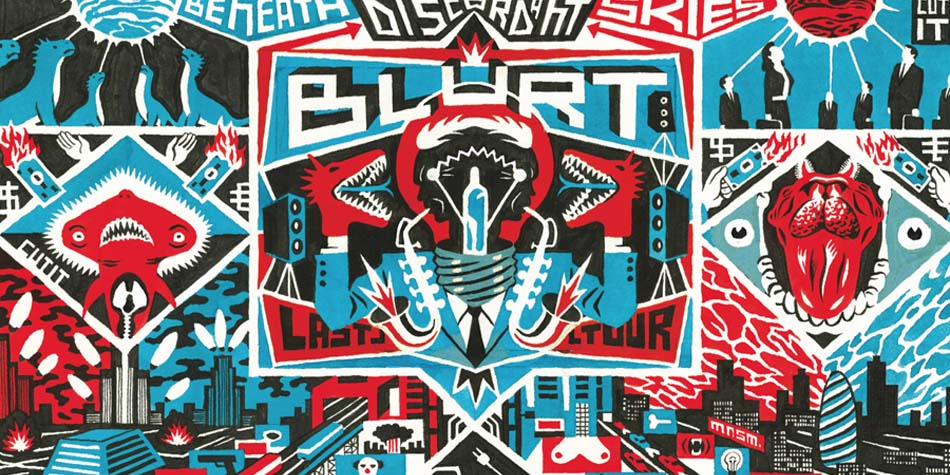 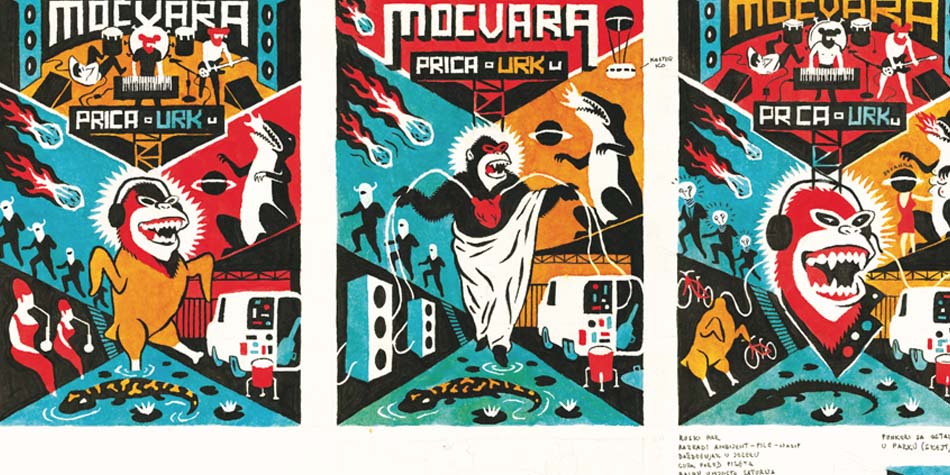 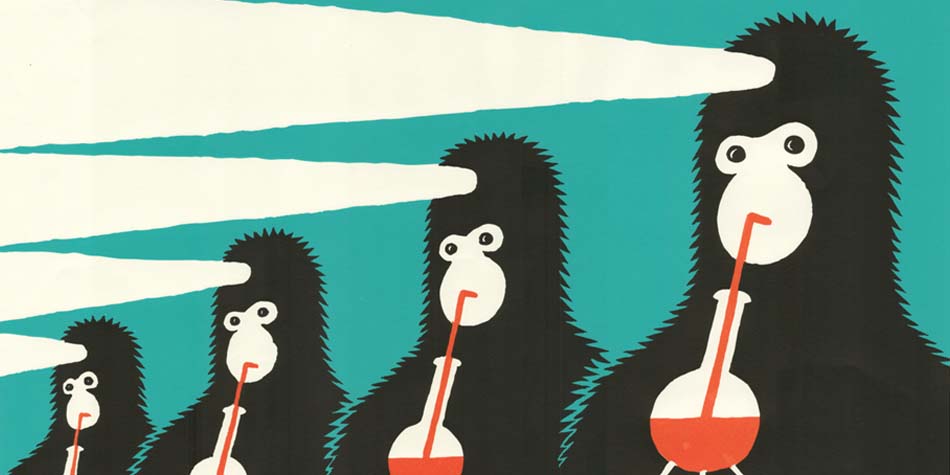 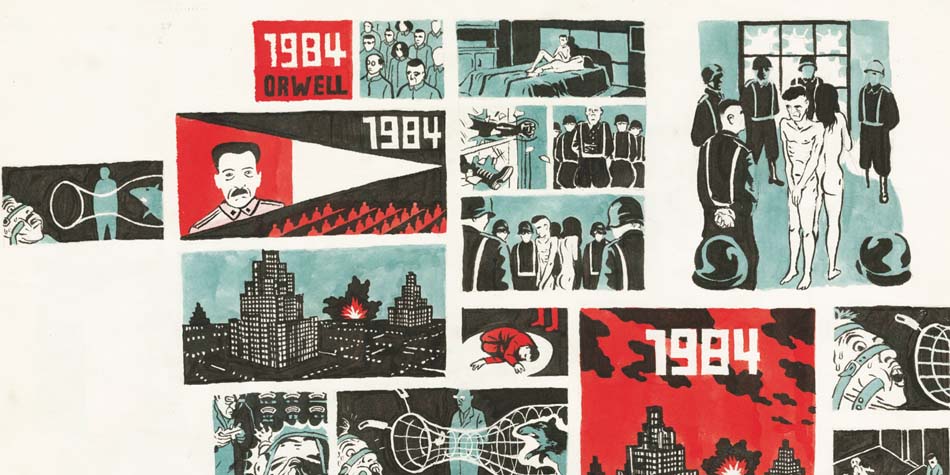 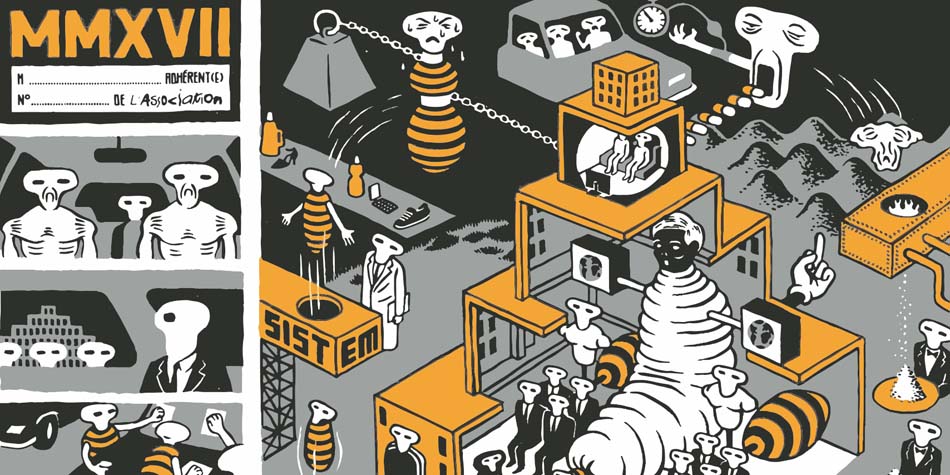 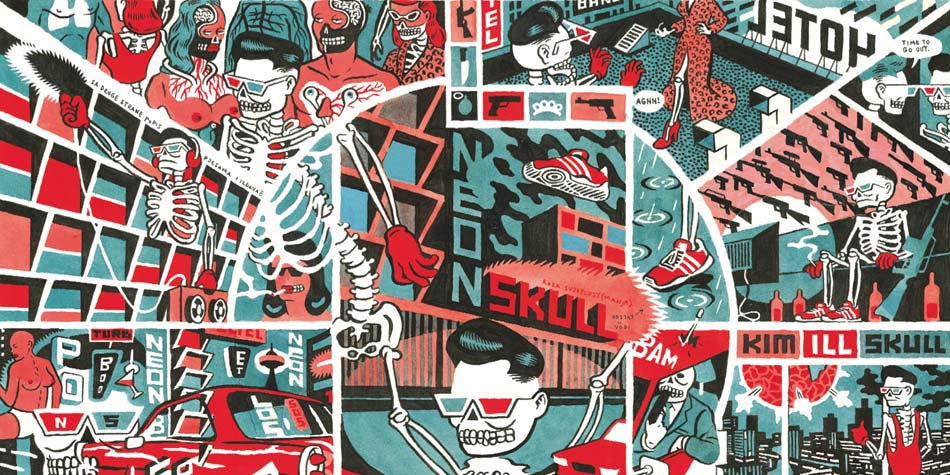 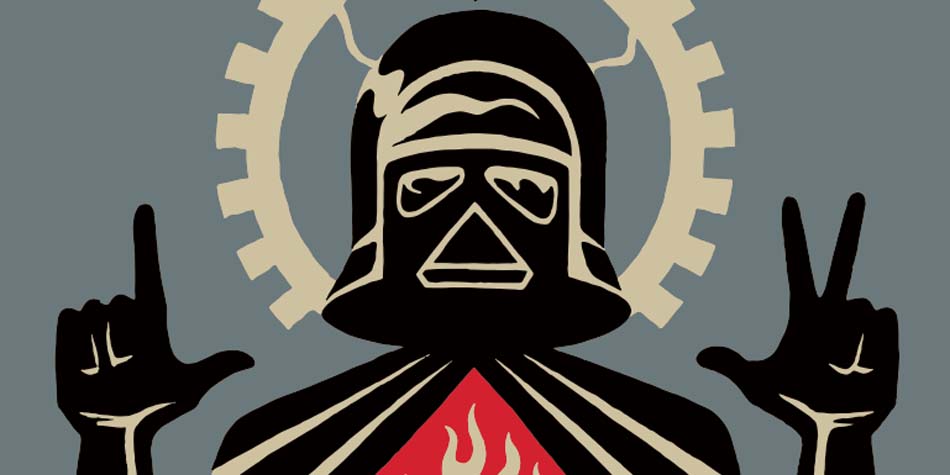 Extract from the critical text by Stefano Dazzi Dvořák.
There are artists that blow you up. Igor Hofbauer is one of them. At the beginning of Spring 2017 I have been sort of surrounded by signs of Hof: I received his book “The art of modern rock” as a present for my birthday in February; in those same days, a friend of mine, who is a musician, gave me the poster of his concert in Zagreb, drawn by Hofbauer; then in Macerata, where we went to meet the organisers of the Ratatà Festival, we got acquainted with Enrico from StranEdizioni, whom we met in his studio, while he was printing some silk-screen printings by Hof. Such signs were so evident that they developed into a bombing, to which we cannot respond but by jumping in a car directed to Zagreb.